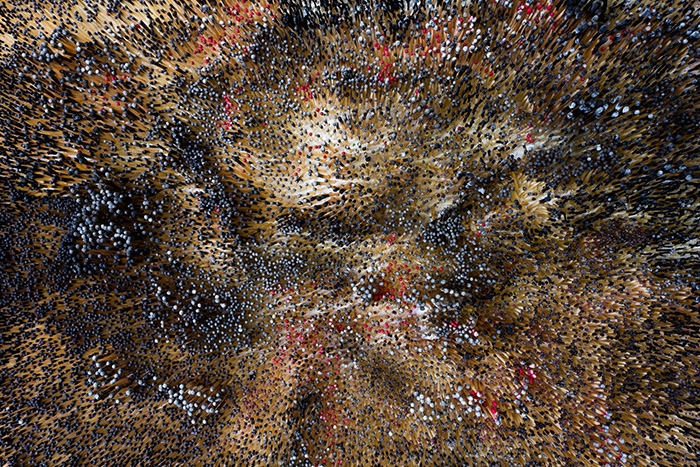 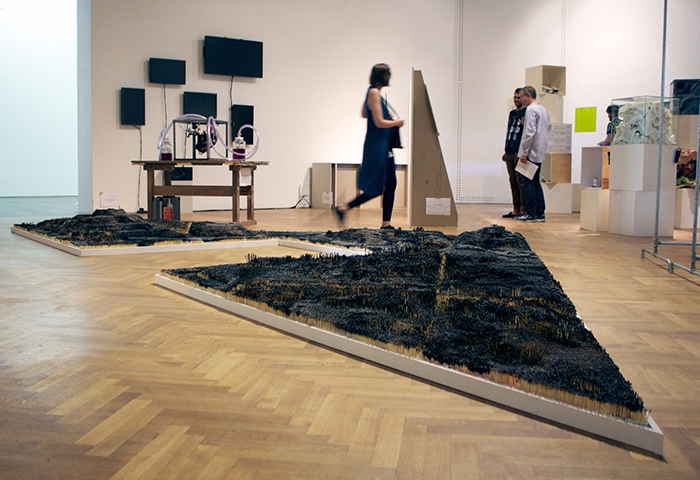 “Zu spät!?” opens up a debate about the concept of landscape. A landscape is as much about the staging of space and time as it is about their transciency. How are landscapes formed? What happens in them? Dealing with emerging confusion and procedural repetitions are cornerstones of this work: we’re constantly concerned with trying to handle said confusion and confronting ourselves with the problem of temporality. Burned-up matches represent an intermediate stage: appearing “dead” after burning, still, however, containing life in the form of ashes – fertile soil material, which can lead to renewal. The matches’ remains suggest their having been lit – unobserved by us.

Will landscape always just have been?