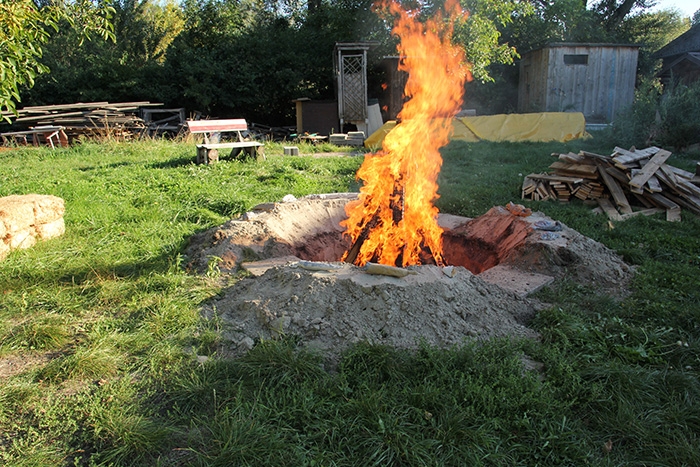 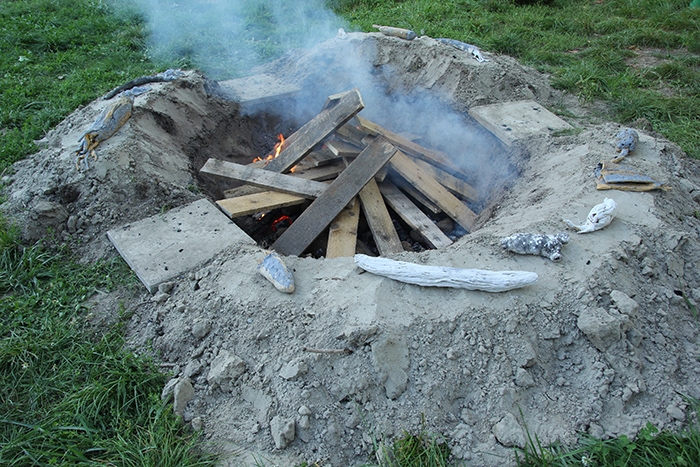 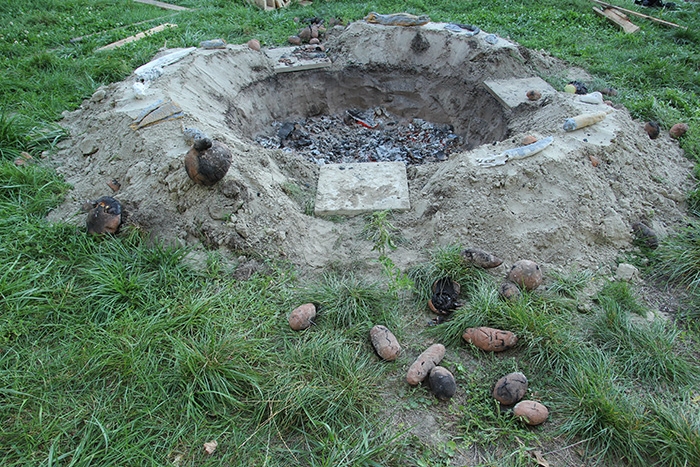 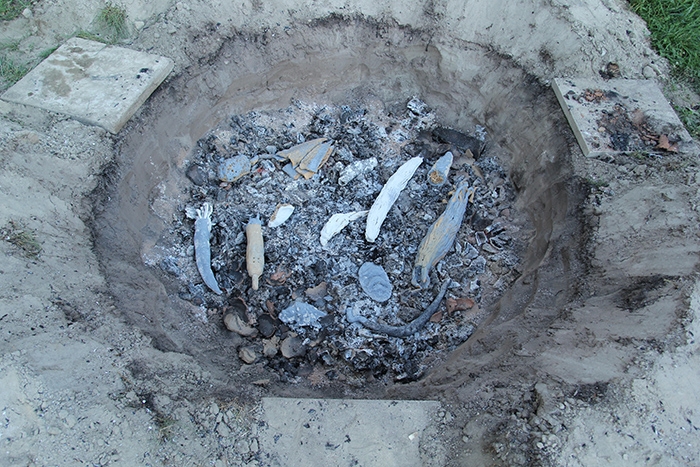 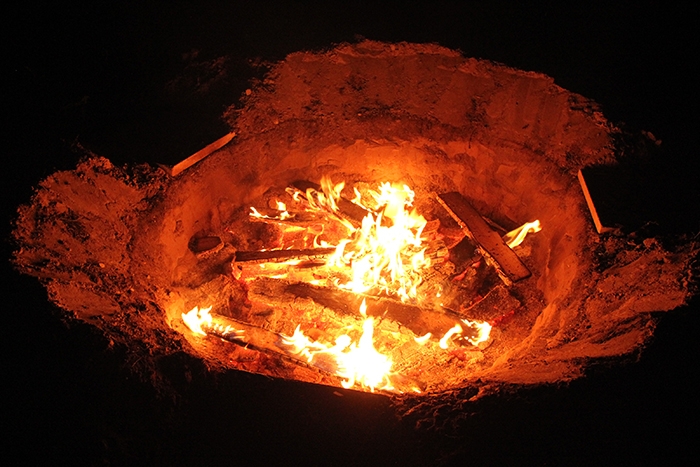 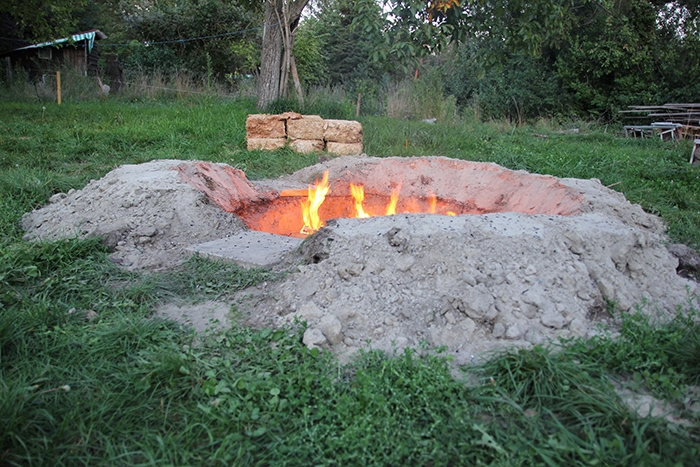 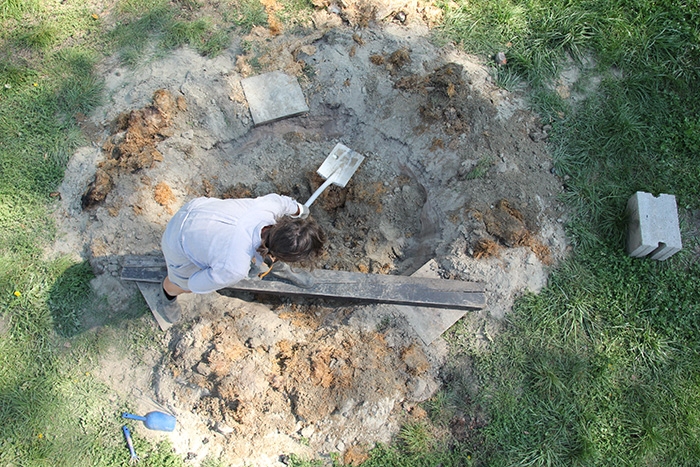 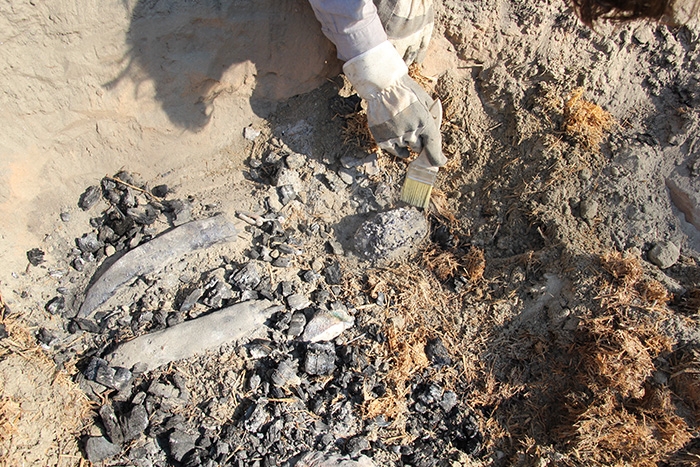 The work Feldbrand by Ursula Gaisbauer is an experiment in which existing material and the location served as inspiration.
In the agricultural context of the 'kleinen Stadtfarm' with its many different initiatives and associations, Ursula became interested in old craft techniques. Through the idea of charcoal burning - the technique of making coal, or black gold - the artist came across the 'Feldbrand' technique, in which ceramics are fired in the earth, overnight. The fired ceramic pieces, reminiscent of strange creatures such as pore animals, ribbed jellyfish, arthropods, primordial mouths and sea squirts, were excavated and uncovered during the day of the finissage.