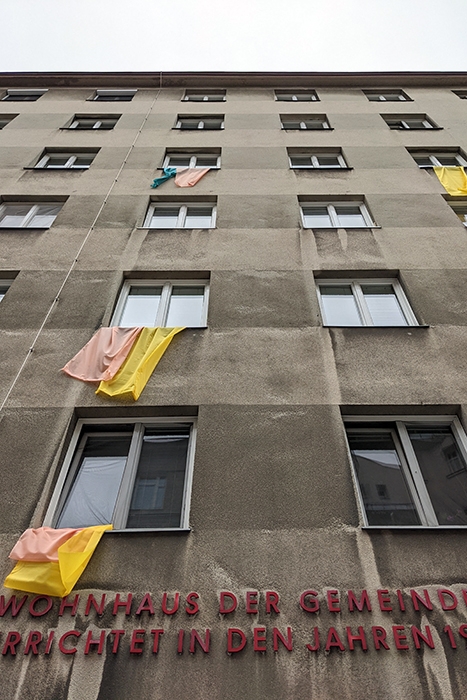 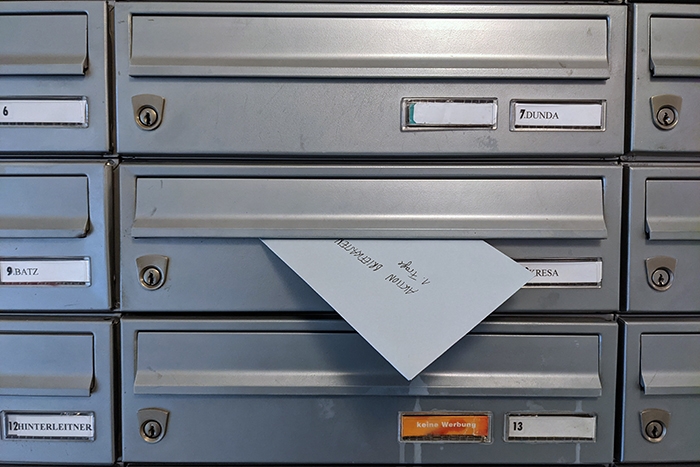 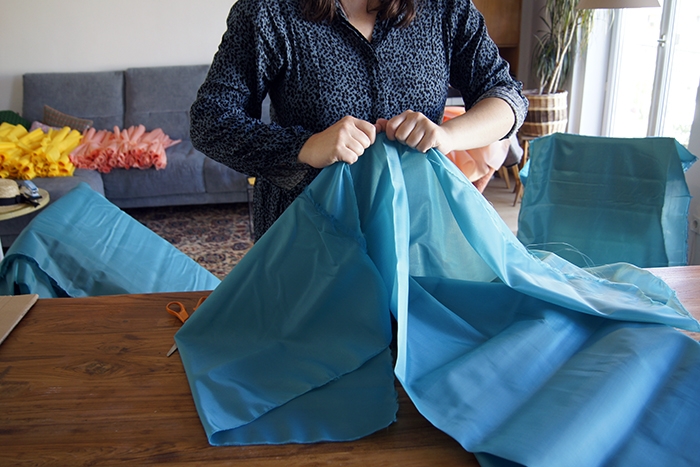 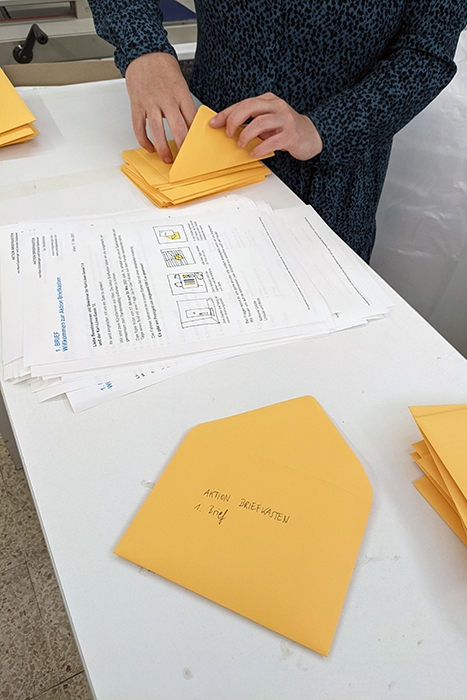 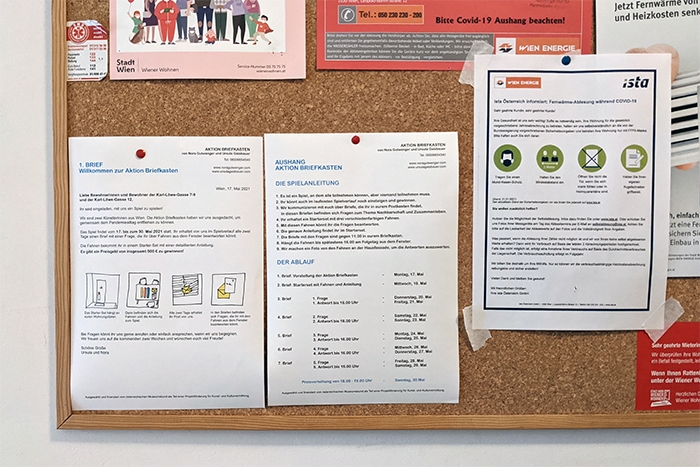 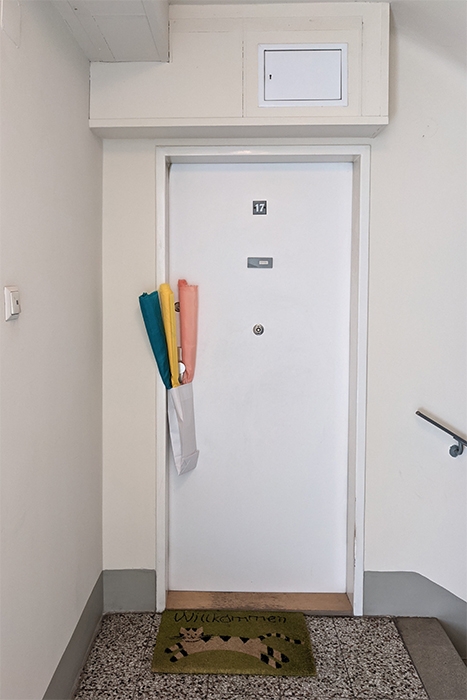 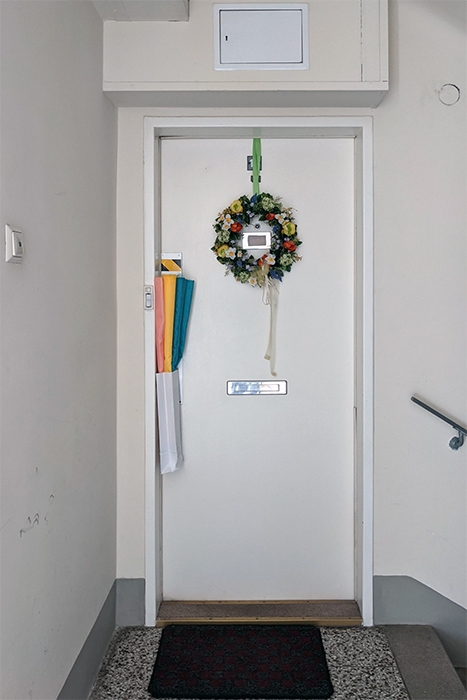 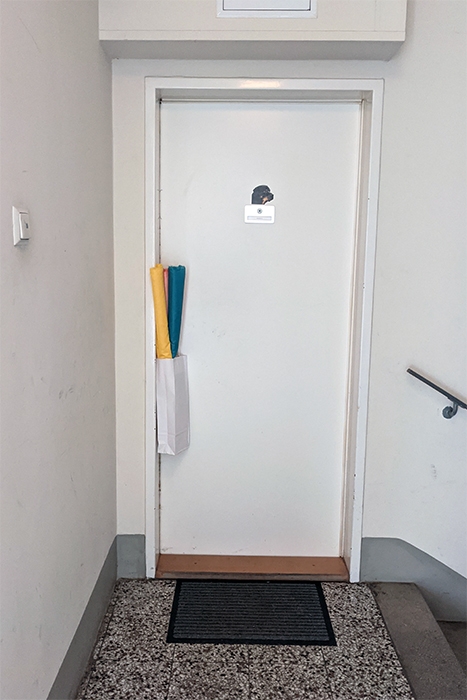 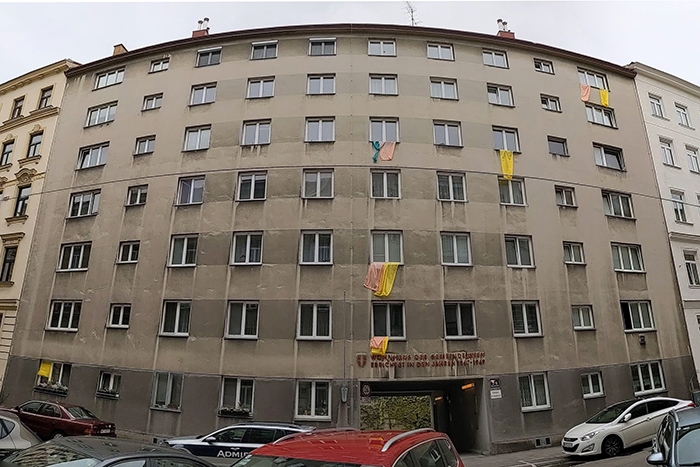 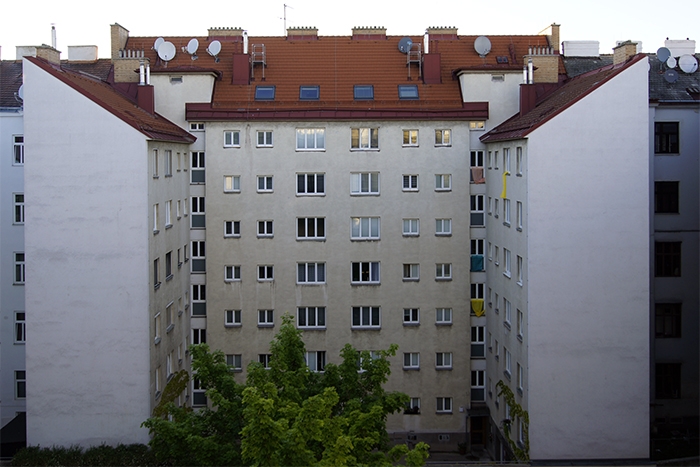 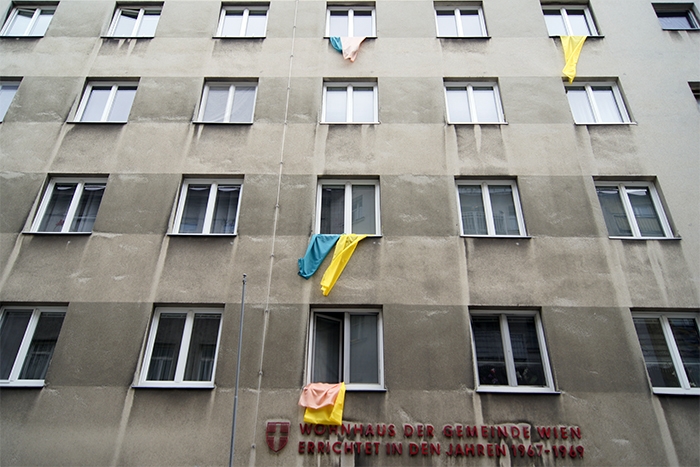 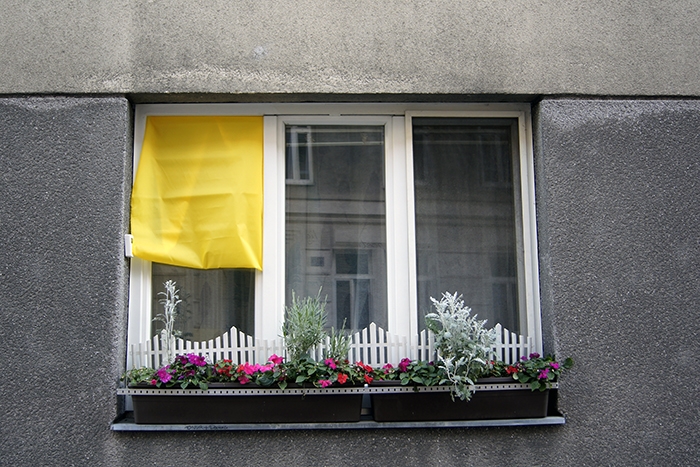 The Corona pandemic made us stay at home more. The neighborhood is getting closer, through noises, observations at the window, conversations in the stairwell. Nevertheless, social distancing is necessary. With the "Aktion Briefkasten" we wanted to make the opinions and interests on the topic of "Neighbourhood" of the residents of a Viennese municipal building visible by means of a large-scale social game over two weeks. In this way, we want to promote solidarity among the residents. We, in the role of the game leaders, communicate with the residents via their letterboxes. In the first letter, the action is introduced and the game is explained: Over the course of the game, each housing unit receives a letter several times a week with questions, such as: How long have you lived here? How many neighbours do you know by name? Have you ever asked a neighbour for milk, etc.? Do you feel at home here? The residents are given three differently colored pieces of cloth as figures for the game, with which they can answer the respective question using a certain color combination. These are hung out of a window in the courtyard so that the answer is visible to everyone. The windows thus form the playing field and are the contact surface for the other players. As an incentive to play the game, a prize is offered. A photo series documents the project and is the artistic result.