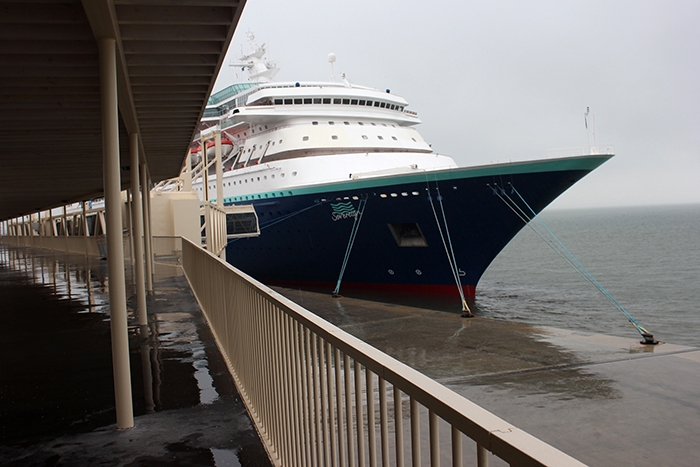 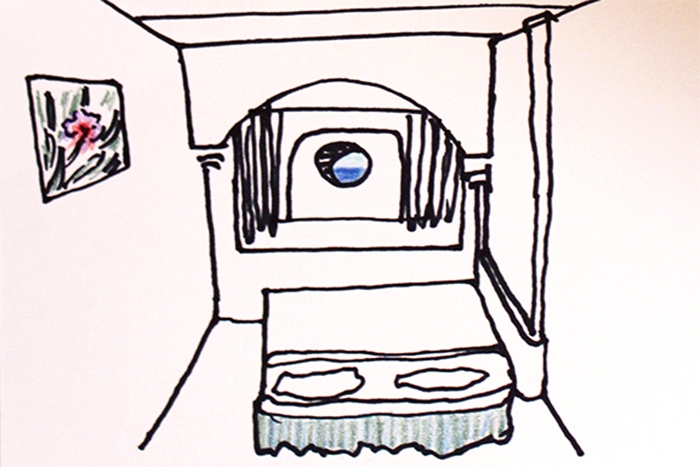 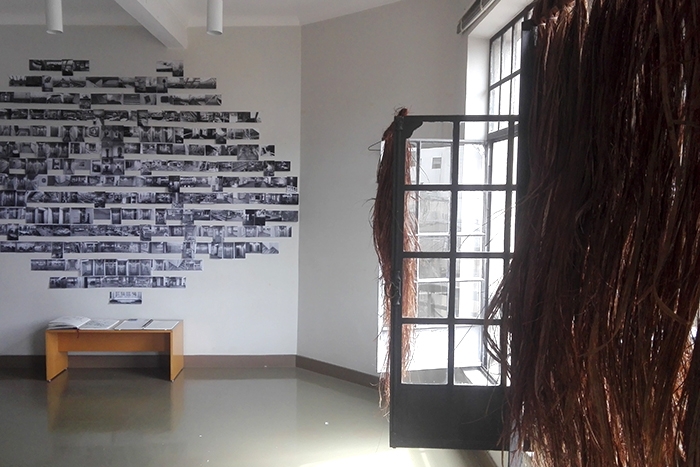 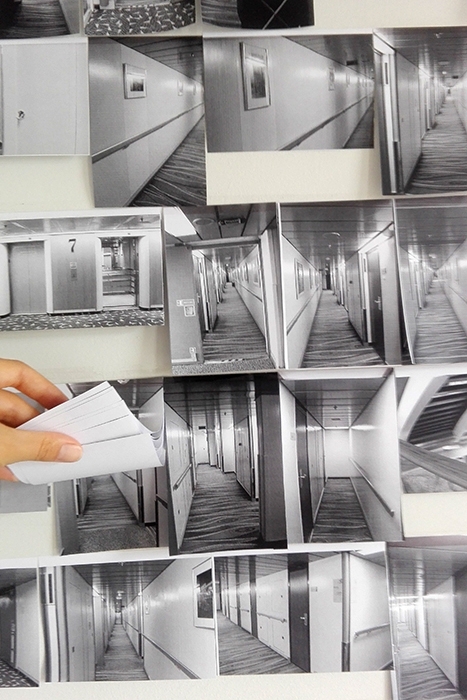 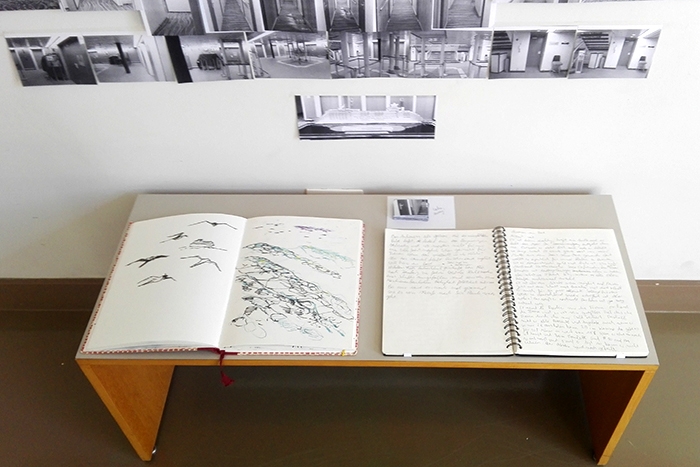 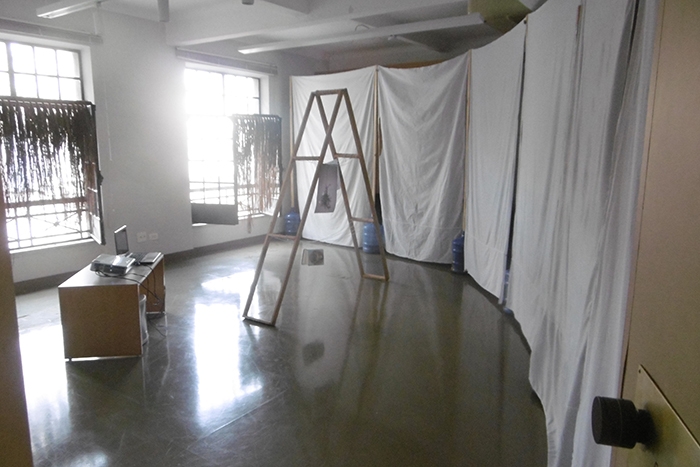 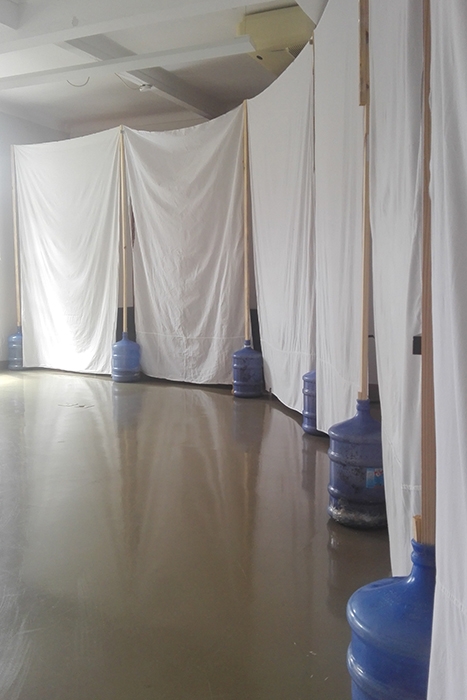 black and white photographies (with multi layers), drawing and writing book, video and netting on hanger

It´s about what you don´t see: no colours, no people, no sea.
Strict orders regulate the living on the ship. It´s organized from the top to the bottom in two parallel societies. The workers and the paying guest. They only get in touch on the golden, colourful surface.
Turned to the inside the sea is aloof.

Piassava is a fibre product of a Brazilian palm species, named after Leopoldina from Austria, who became the first empress of Brazil. The fibre is used amongst others in the production of brooms and to built rooftops.

Retransfer of the undescribed Tillandsia, after 30 years in the botanical garden of Vienna, back to her origin in Rio de Janeiro. She spent one month living with me in the apartment, before being brought to the garden in Rio. In a golden cage structure, that I´m going to build, the plant will be exhibited in the botanical gardens collection.

It´s a gesture in return of the huge amount of plants, minerals, animals and even humans, which have been transferred in the Expeditions 200 Years ago from Brazil to Europe.

The bedsheets are hanging unfolded in the space and form a curve. In exchange for new bedsheets I could get the old used ones from FAAP, as site specific working material. This material is going to be strengthened and formed into sculptures, which issue the topic of short time domiciles. I researched in the database of the FAAP for the names of the former residents ,who have been living in the apartment 72.