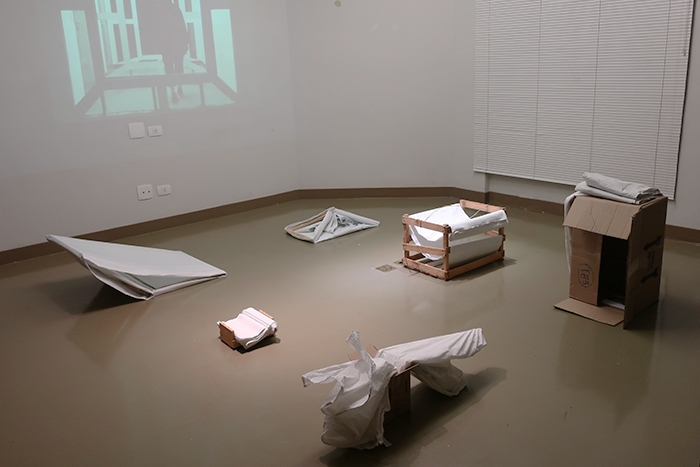 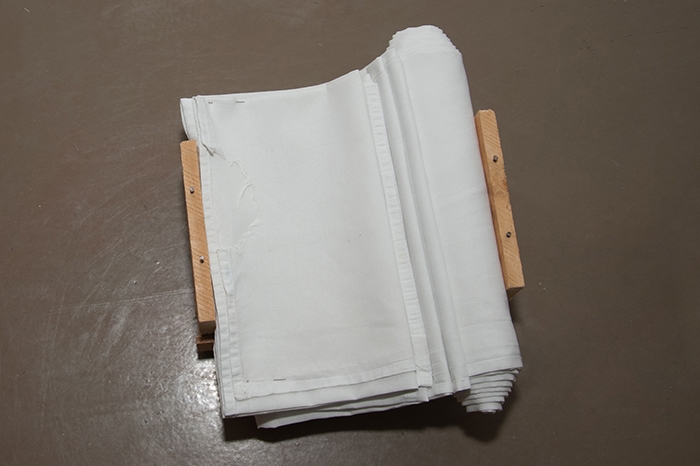 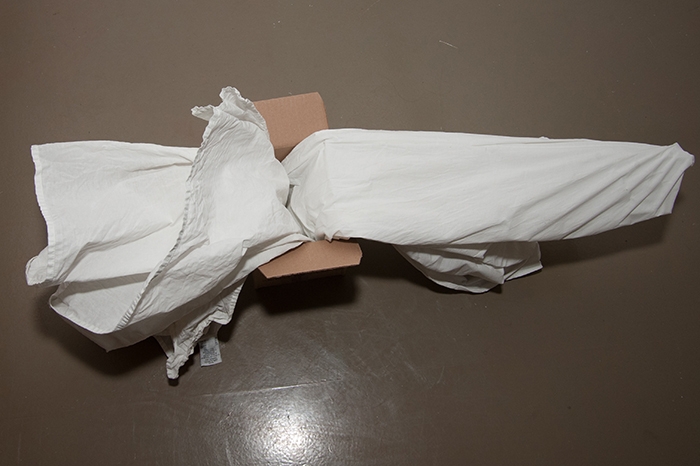 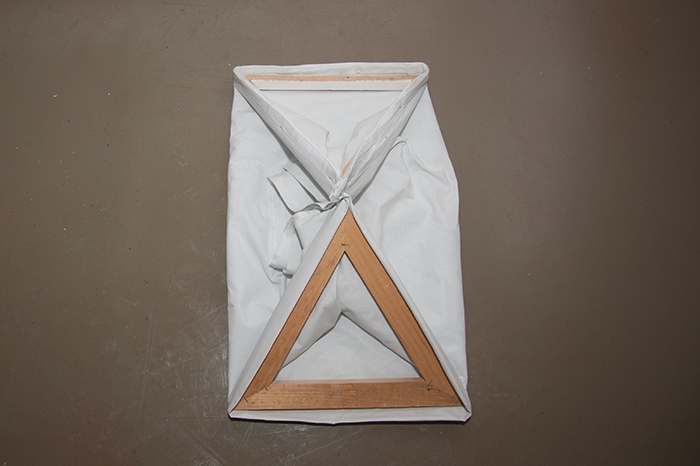 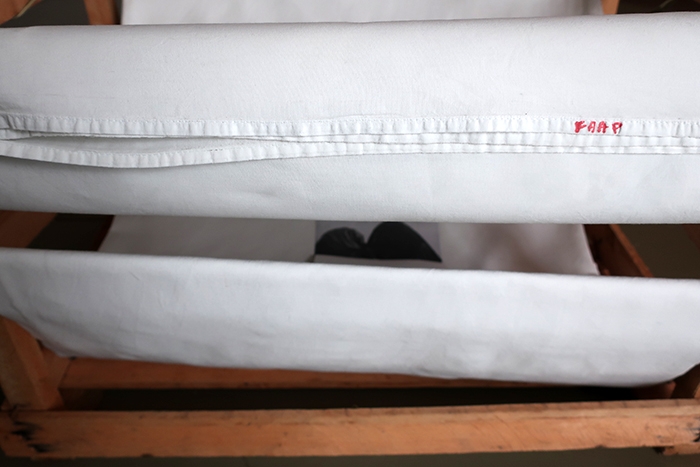 being asleep, being afraid

In exchange for new bedsheets I could get the old used ones from FAAP, as site specific working material. After this open studio, the objects are going to be placed in the public space.

The bedsheets are strengthened and arranged into forms, which issue the topic of temporary living conditions and short time domiciles. The bedsheets are combined with material, found on the street. There are tree pairs of two pieces. The form of each pair is inspired by pictures of historic head pieces for women.

Furthermore I researched in the archive of the FAAP for the names of the former residents, who have been living in the apartment 72.